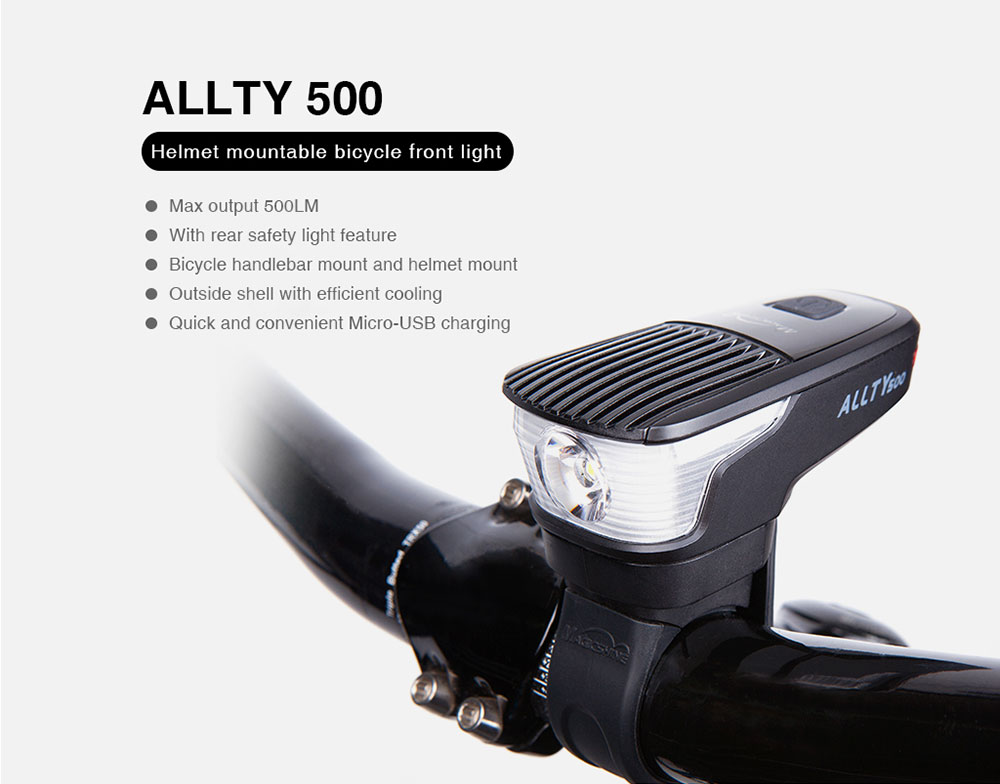 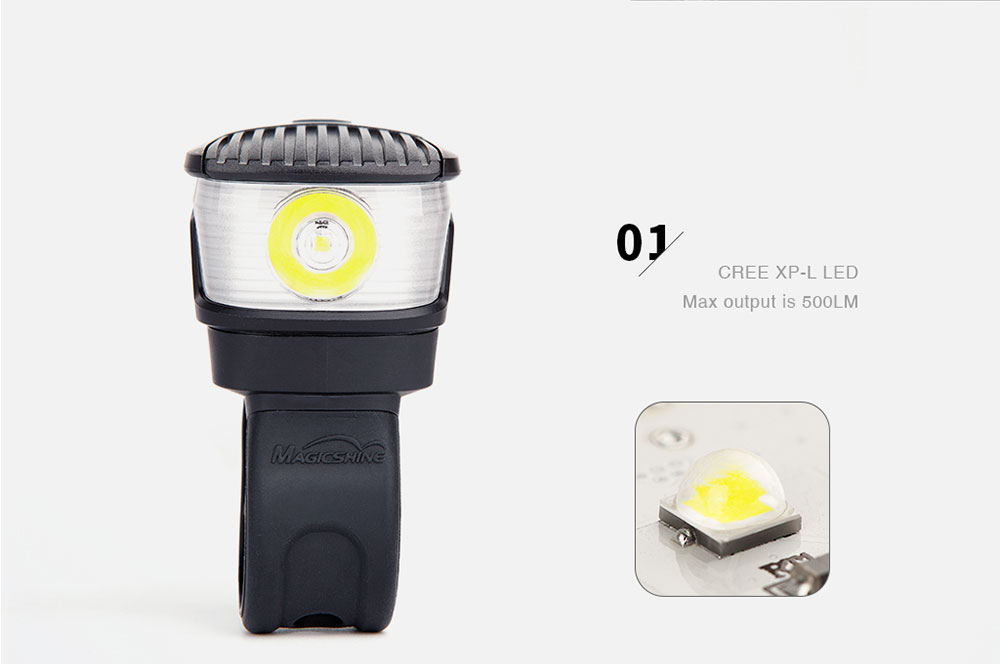 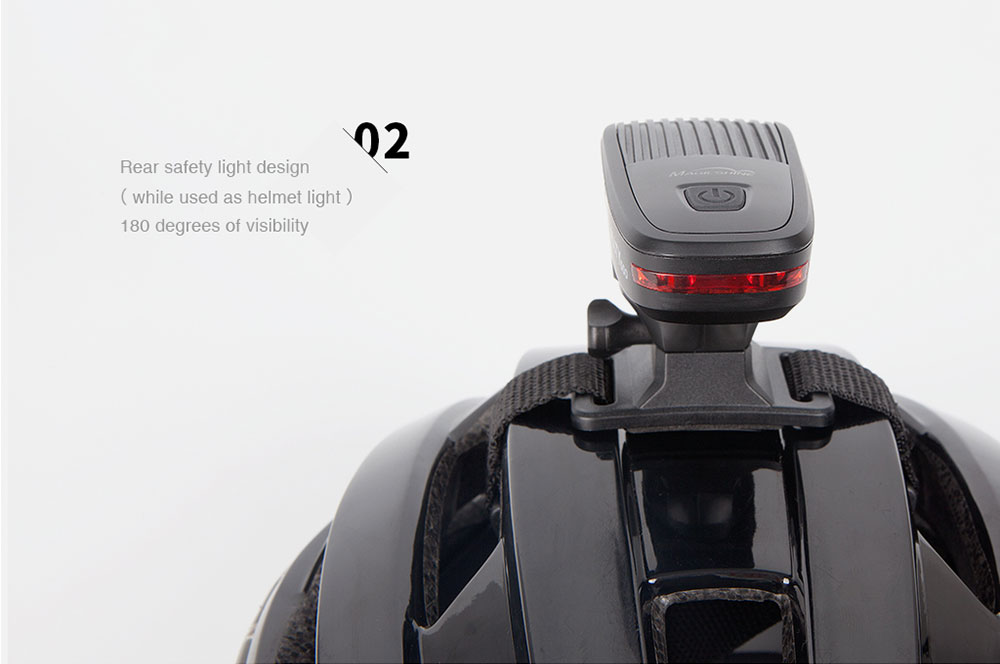 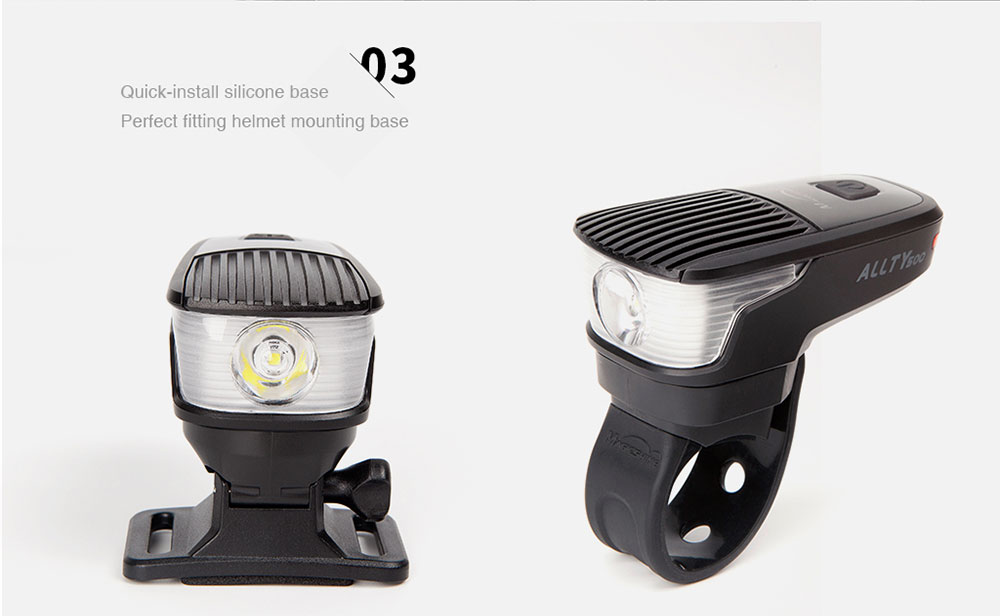 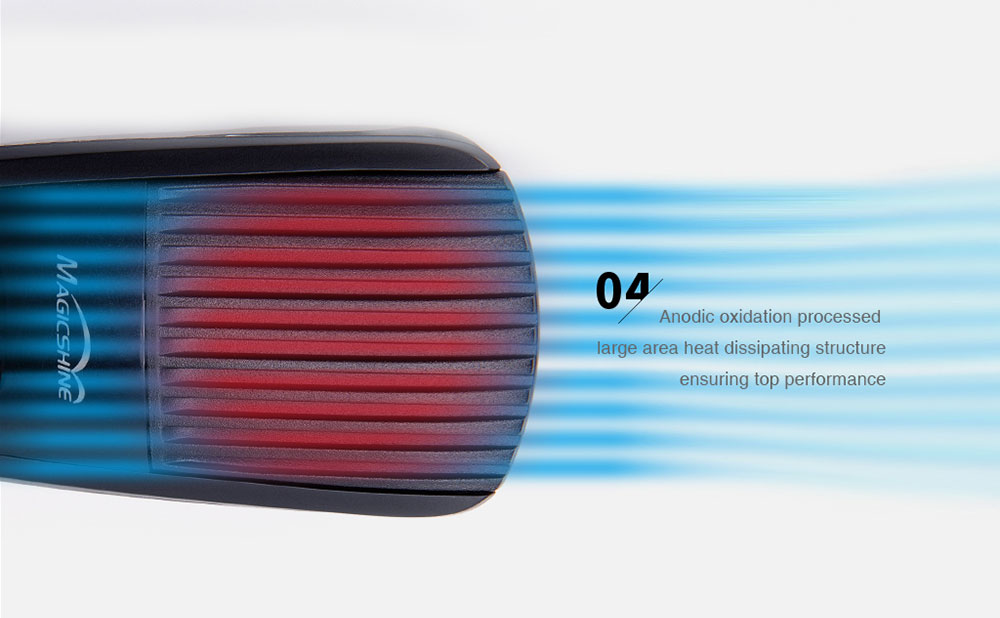 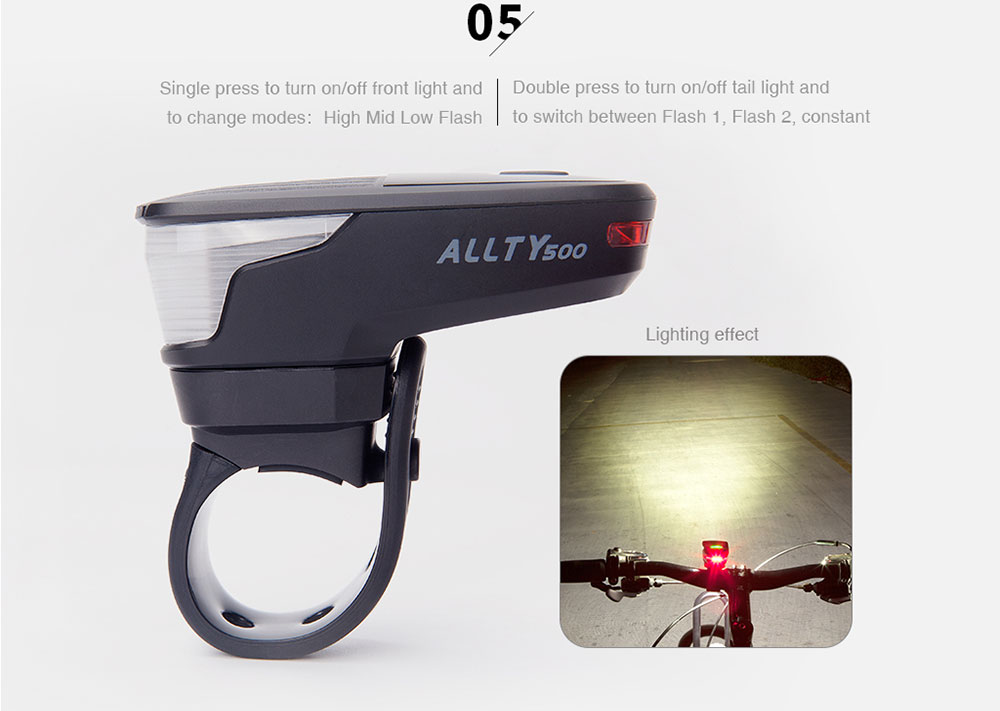 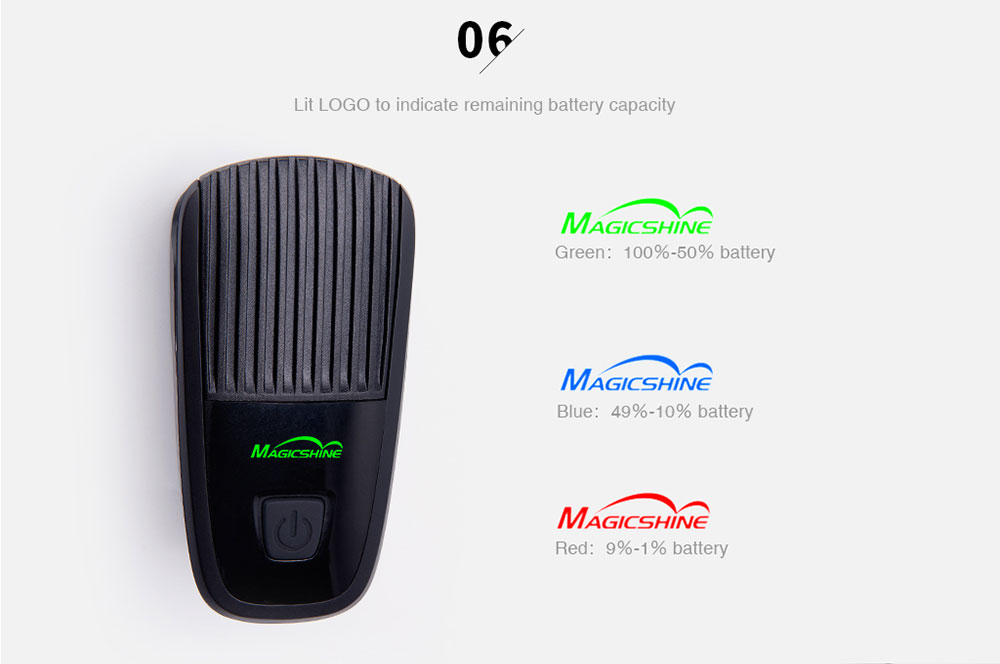 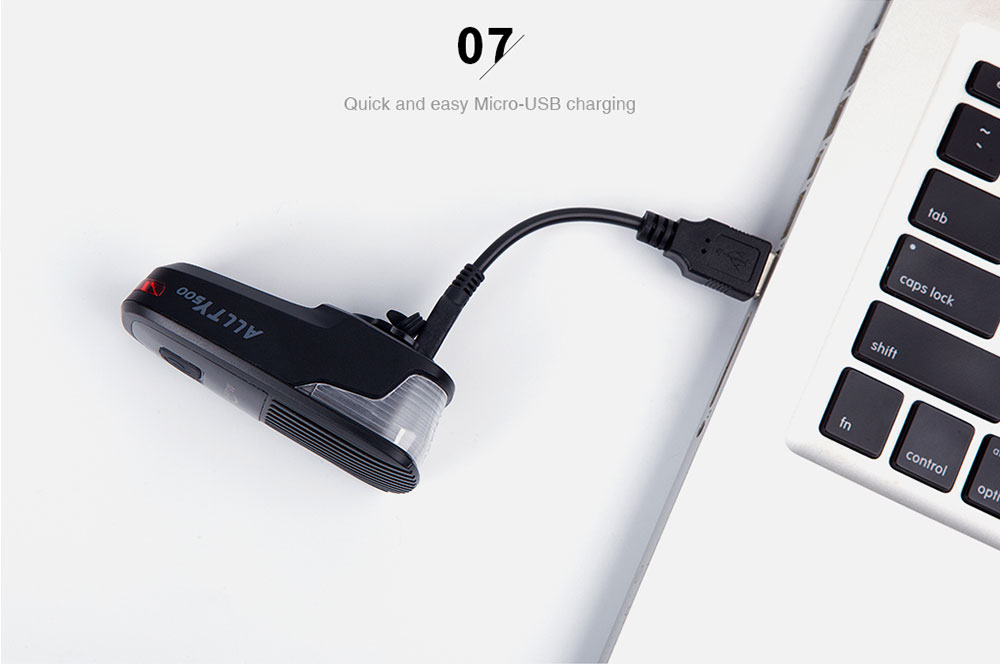 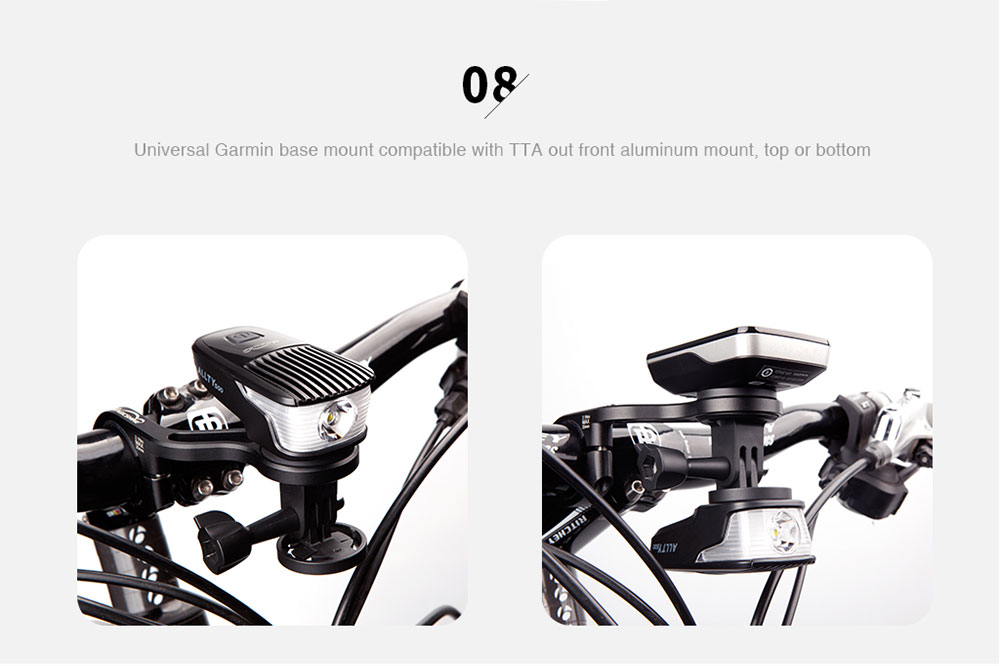 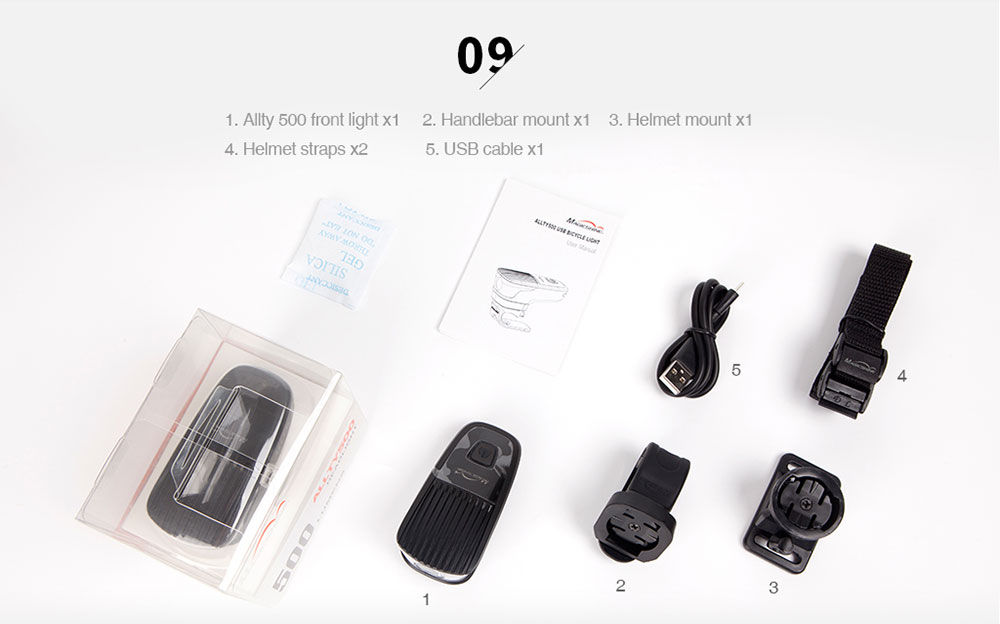 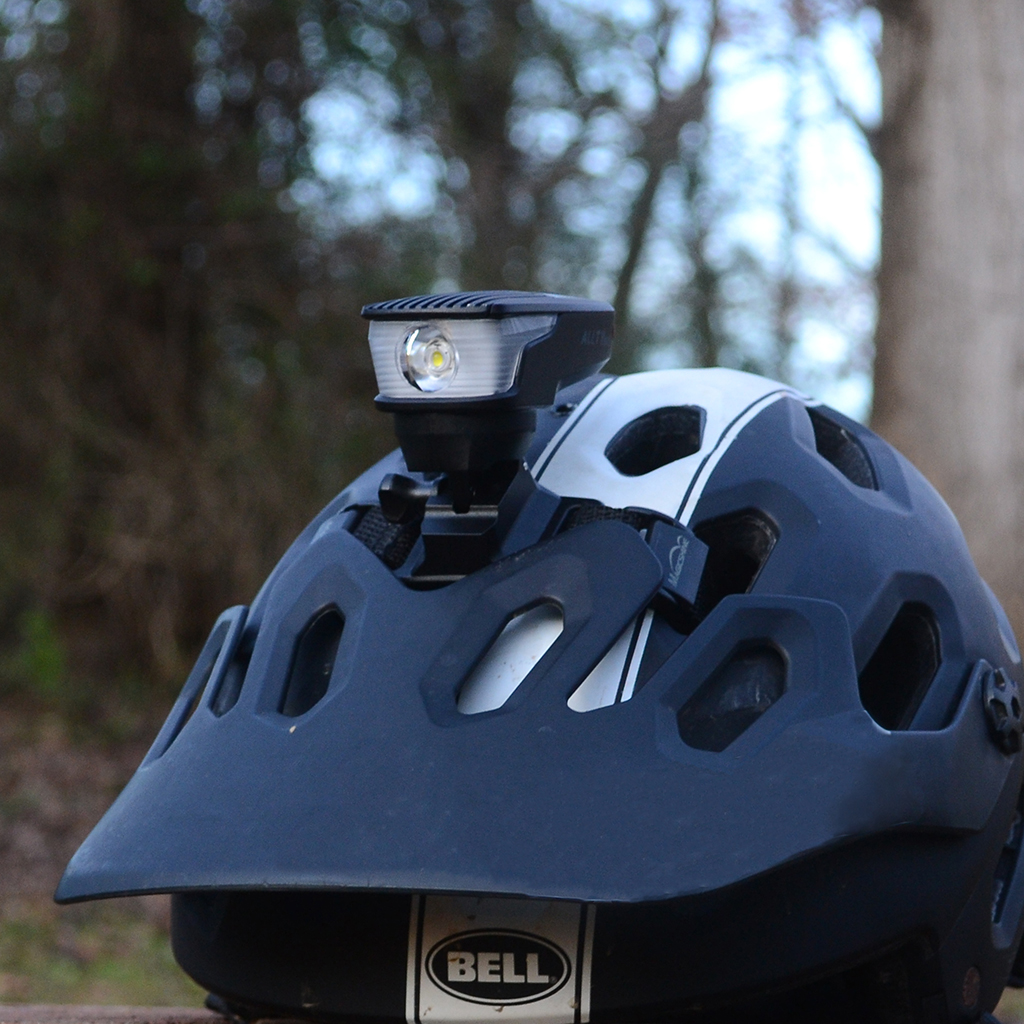 Unlike most traditional all in one bicycle headlight models, the Allty has a 180 degree visibility red LED safety light built in to the rear, this is especially useful when used on the helmet. The Allty 500 utilizes its CREE XP-L LED to produce a max output of 500 lumens with its front light. Conveniently USB rechargeable, universal mounting base and by default 2 methods of mount straps makes the Allty our most versatile LED light for bike for casual cyclists.

Allty 500 uses universal Garmin style base, and is compatible with our TTA out front aluminum mount. The package includes the rubber handlebar mount strap and an adjustable angle helmet mount. If you are looking for a budget friendly, light weight, highly portable and convenient all in one bicycle headlight, you should definitely give Allty 500 a go.

See original review here: https://www.subjectivecyclist.com/allty-500.html
Magicshine has long been a budget competitor for major brands such as Cateye, Niterider and Light & Motion just to name a few.  Of the things Magicshine has done wrong…well, quite a few.  Among what they’ve done consistently right however is: simple, inexpensive switch-on-and-go lights.

The Allty 500 front light seems to contain the ingredients Magicshine is most successful with.  This 500 lumen light, geared towards city commuter cyclists casts a strong center spot with a square to trapezoidal flood beam pattern.  Additional wrap-around lens promote a generous level of side illumination.  Although 500 lumens is no longer considered a high output, the implementation of the center spot promotes greater intensity where it is needed most.  At 500 lumens, a rider can expect a runtime of approximately an hour and a half (High 1.5 Med 3.0 Low 8.5 Flash 5.0).  An illuminated magicshine logo indicates its remaining charge (green 100-50% blue 49-10% red 9-1%).  Recharge times are claimed at less than 2 hours via USB.

Both the Allty 300 & 500 borrow the general twist-mount concept found on most garmin products.  Magicshines execution is effective and sturdy but lacks the plushness of a genuine Garmin mount, instead requiring much greater force to twist on and off.  For helmet junkies, the included helmet mount will come as a bonus and due to the Alltys scant 92 gram weight, it is at home above your dome.  A rear facing light can also be toggled through 3 settings, 2 flash and 1 constant, via a double tap of the power button.  This feature is best catered to a helmet mount setup and would likely only be noticeable during dark hours as the illumination is modest.  Traditional riders will utilize the bar mount which is more than adequate to support the 500.  Limited, if any, light shaking was present during testing.

What’s to like:
Of recent review, the Allty 500 is one of a select few Magicshine products that hasn’t presented any major red flags.  Each element of its design is simple and rather common but I’d gladly take this over the alternative: design elements beyond control.  It’s beam pattern is likely the best use of its claimed 500 lumens although I still prefer lights with slightly greater output and a softer dispersion.  Interfacing the mount to the bike is easy and adequate for the lights size and likewise the operation of the light is intuitive and simple.

Improvements:
Most notably, engagement of the light to either the included helmet mount or bar mount is far too difficult.  A greater issue may be the Alltys current pricepoint.  At just $10 more, you could purchase Magicshines own 1200 lumen setup with significantly greater runtimes.  Or for the same price you could purchase the tried-and-true Niterider Micro 600.

Final thoughts:
Magicshines Allty 500 is a relatively well rounded light that offers features both appealing to traditional bar mount riders as well as helmet enthusiasts.  I am satisfied that Magicshine hasn’t over engineered this product yet it fails to stand out against the competition in any measurable sense and needs to improve slightly in price to become notably appealing over the other options on the market.

Michael Stenning
Nov 26, 2019
Good Morning, Could you tell me a little more about the Allty's construction please. (a) What is the lens material and does it use collimator technology? (b) Is the casing made from machined aluminium, or a mix of aluminium and composite? (c) Is the battery lithium Ion or Lithium Polymer and how many charge cycles will it manage? Many Thanks Yours Faithfully Michael Stenning Co-Editor Seven Day Cyclist Magazine www.sevendaycyclist.com
Mr Mike